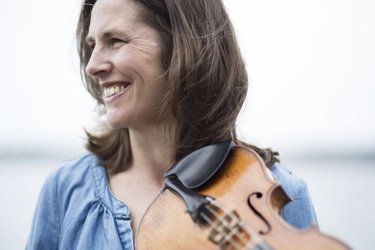 Cecilia Zilliacus is one of Sweden’s most accomplished violinists, working across the Nordic countries and Europe. Her versatile repertoire of solo and chamber music works has led her to cooperate with a vast number of composers and orchestras. As a soloist, she has performed with most Swedish symphony orchestras as well as many Nordic and European orchestras, such as BBC Wales, Estonian National Symphony Orchestra, Netherlands Radio Symphony Orchestra and Zagreb Philharmonic Orchestra. Among the conductors she has worked with are Andrey Boreyko, Baldur Brönniman, Olari Elts, Eivind Gullberg-Jensen, Daniel Harding, Okko Kamu, Eri Klas, Susanna Mälkki, Joseph Swensen, Arvo Volmer and Benjamin Wallfisch.

From the summer of 2015 Cecilia Zilliacus is artistic director of Katrina Chamber Music Festival on Åland. She lives in Stockholm with her husband and two children. She is an associate professor at the Royal College of Music in Stockholm and a member of the Royal Swedish Academy of Music. Zilliacus’ violin is a N. Gagliano provided by the Järnåker Foundation. 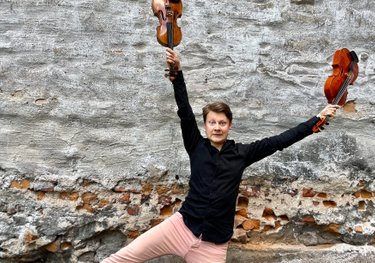 Antti Tikkanen is a versatile musician whose career spans solo, chamber as well as baroque performance. The wide range of repertoire from early baroque to contemporary music reflect the scope of the musical playground he enjoys working in.

At home, the scope stays wide open with fresh ideas from two daughters, two cats and a hamster.

Tikkanen performs extensively around the world’s musical stages as a chamber musician, soloist or leading orchestras. Antti is a founding member of the internationally acclaimed Finnish String Quartet Meta4 and he teaches at the Sibelius Academy.
Antti runs a concert series called PuKama Chamber in Helsinki together with his wife, violinist Minna Pensola. With the series they are creating new ways to reach audiences, as well as commissioning new repertoire and coaching young talents into performing life.

In the season 2021-22 Antti Tikkanen will perform around Europe and North America, touring with Meta4, performing Max Richter’s Vivaldi Recomposed with the Finnish baroque orchestra and the Lahti Sinfonia, leading the Deutsche Kammerphilharmonie Bremen as well as Jyväskylä Sinfonia and Tampere Philharmonia in the home front. 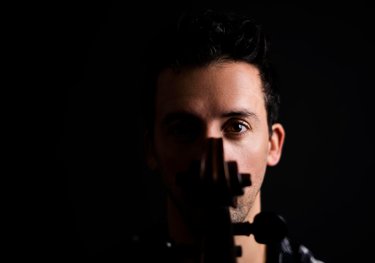 Italian cellist Claude Frochaux began playing the cello at the Suzuki Talent Center at age 6, then at the Turin Conservatory. Studies followed with Michael Sanderling in Frankfurt am Main, where he finished with the highest honors in the soloist class and continued with postgraduate studies in Essen and Madrid. He received further artistic inspiration from Eberhard Feltz, Ralf Gothoni, Menahem Pressler and was supported by foundations De Sono, Live Music Now and Anna Ruths.
In addition to Italy and other European countries, solo and chamber music concerts have brought him to North and South America, India, China with performances on sale such as Wigmore Hall London, Alte Oper Frankfurt, Auditorium Sony Madrid, Konzerthaus Berlin, Musikverein Wien, as well as Teatro del Lago Chile and NCPA Theater Mumbai and others. 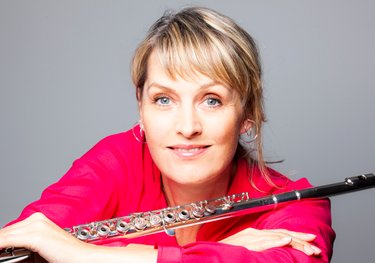 Janne Thomsen has established herself worldwide as an extremely successful and in-demand flute soloist. She began her musical studies as a 4-year-old and was later named "Young Musician of the Year" in Denmark. After studying at the Royal Academy of Music in London and in the soloist class at the Conservatoire de Musique de Paris, she went on to win prestigious flute competitions in Prague, Paris, Bayreuth, Rome, Vienna, Paris and Boston. Janne Thomsen has also been awarded scholarships by the Queen Margrethe II and Prince Henrik Foundation, as well as the Augustinus Foundation, Holstebro Music Prize and the Street Prize. In 2016, she was awarded the title ARAM, “Associate of the Royal Academy of Music”, an honor bestowed on musicians who have made a special contribution to the world of music.