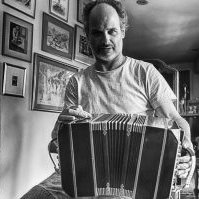 In 2021, our focus is on a completely different world with several "cross-over" projects through the celebration of the 100th anniversary of the founder and great master of "Tango Nuevo" Astor Piazolla's birth with this year's theme "Nostalgia". The Argentine band player, Marcello Nisinmann, who as a child played for the composer, will once again be a guest on Classic Days. In addition, classical, jazz and folk music from South America, Cuba and Mediterranean countries are performed, as well as a performance of Astor Piazzolas' terrific Maria de Buenos Aires.

About some of the artists 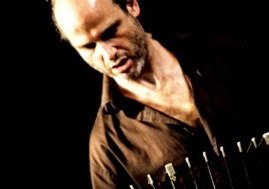 Marcelo Nisinman was born in Buenos Aires, Argentina, Nisinman is an international composer and master performer of bandoneon. He currently resides in Basel, Switzerland.

He studied bandoneon with Julio Pane and composition with Guillermo Graetzer in Buenos Aires and Detlev Müller-Siemens in Basel Musik Akademie, Switzerland.

Nisinman has also composed a number of Orchestral works that includes the Bandoneon as «Dark Blue Tango» (Ricordi Editions) premiered in its small chamber version by Orchestra Musiques des Lumieres and in its full orchestra version by Orquesta Sinfonica Nacional Argentina, both premieres conducted by Facundo Agudin. 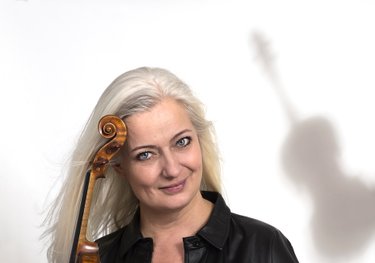 Christina Åstrand (b. 1969) is in all respects a highly remarkable and versatile violinist, whether as a soloist, a chamber musician or as concertmaster of the DR Symphony Orchestra – a position she has held since 1993 from the age of 22. Her repertoire in both solo concertos and chamber music works ranges from the classical masterpieces to the brand new contemporary music, and she is widely known for her always exciting and personal interpretation of the music.

She has recorded and first performed several violin concertos, and she is one of the few violinists in the world to master György Ligeti’s violin concerto. Her CD recording featuring Ligeti’s and Nørgård’s violin concertos in collaboration with the Danish National Symphony Orchestra and conductor Thomas Dausgaard was awarded the distinguished French Diapason d´Or in 2001.

She is a frequent guest soloist with symphony orchestras, especially in the Nordic countries, playing the major classical violin concertos. Her CD recording of violin concertos by N.W. Gade, Lange-Müller and Rued Langgaard, in particular, has enjoyed great international success – bringing her, amongst other things, an invitation to play Gade’s Violin Concerto with The Chicago Philharmonic Orchestra.

Her passion for Danish music from the first half of the 19th century (the so called Golden Age) has resulted in yet a cd with Danish violin romances for violin and orchestra. Accompanied by the Turku Philharmonic Orchestra and the conductor Jukka Iisäkkilä and released in 2020.

Contemporary music has always been close to her heart. To quote Christina Åstrand herself: “The collaboration with composers of today has always interested me because it makes the music vibrant and meaningful, and you can describe it in concrete terms. It means I can work with new timbres and playing techniques with the composers, and the inspiration goes both ways. And, surprisingly, for me this line of work has cast a completely different light on the ‘old music’ as well. In the beginning of my carrier this was associated with too many dogmas and rules, and I used to feel bound by the tight reigns of tradition. Today I feel free, no matter what music I play.”

Both as soloist and chamber musician Christina Åstrand has collaborated with several Danish composers. She has performed and premiered works by established artists like Hans Abrahamsen, Per Nørgård and Pelle Gudmundsen-Holmgreen as well as works from the new young generation of composers. Recently she premiered the young composer Allan Gravgaard Madsen’s double concerto “Nachtmusik” with pianist Per Salo and DR Symphony Orchestra. The concerto is recorded together with Gudmundsen-Holmgreen’s “For Violin and Orchestra” and released on the label Dacapo Records.

Chamber music represents a vital part of Christina Åstrand’s repertoire. Since 1996 she has played in Duo Åstrand/Salo with pianist Per Salo; in addition to giving countless concerts they recorded several highly praised and award-winning CDs.

Christina Åstrand has received several prizes and honours. 2019 she was a nominee for The Nordic Council Music Prize.

Thanks to our donors